The source code for this open project may be found on GitHub. 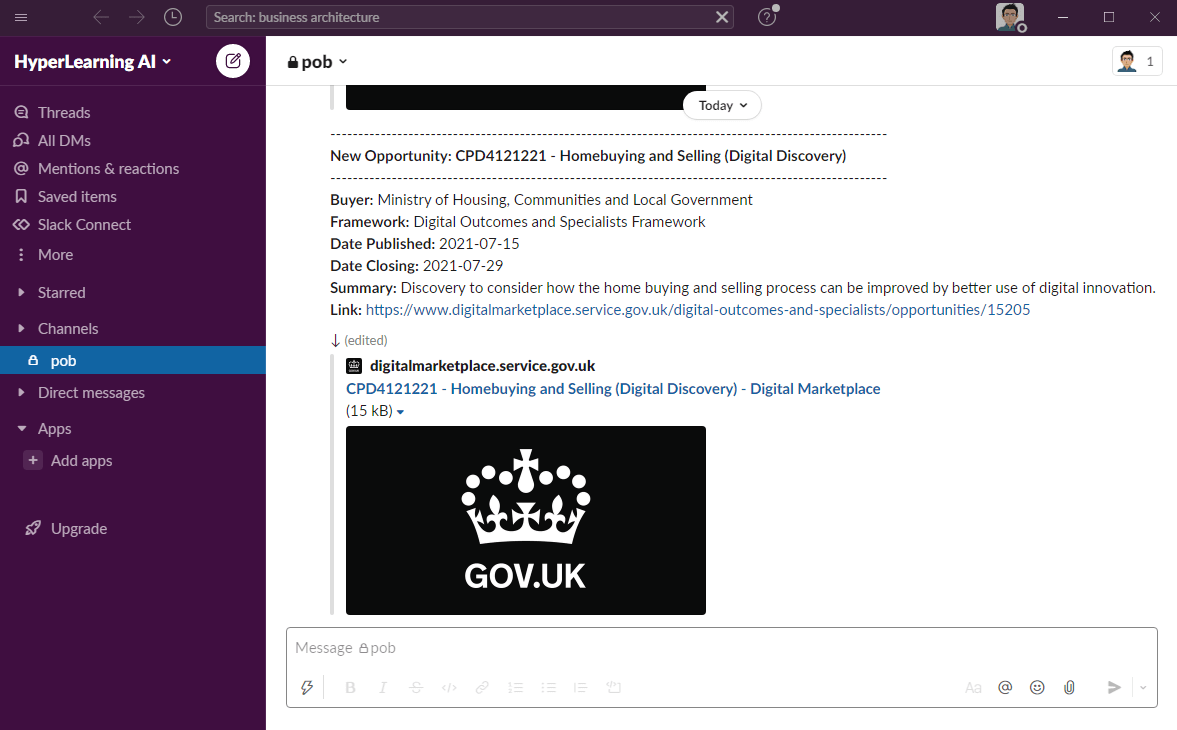 POB can either be run locally or deployed to the cloud, such as to the Microsoft Azure or AWS cloud computing platforms. Please see Run POB Locally and Deploy POB to the Cloud respectively.

Please ensure that the following prerequisite software services are installed in your local development environment.

Please clone the Git repository for this project into your local development environment by executing the following commands via the Git command line (or equivalent). The directory into which you clone this Git repository will hereafter be referred to as POB_BASE.

POB employs a Maven parent-child module hierarchy that can be imported into your chosen IDE (for example Eclipse or VSCode) by simply importing POB_BASE as a Maven project. The following Maven modules make up the POB project:

All configuration for POB can be found in the pob-common Maven module, and specifically in src/main/resources/conf/pob.yaml. The following sections describe the various configuration namespaces, properties and example values.

It is recommended that passwords, secrets and other sensitive information such as JDBC and Slack Webhook URLs be set as environment variables in your relevant local development and/or cloud-based deployment environments in order to avoid having this information in pob.yaml (or similar property files) which may accidentally be made visible to other users via version control repositories or other means. By default, pob.yaml is configured to read sensitive property values from environment variables.

As of version 1.0.0, POB provides the following native framework parsers:

If you extend POB by creating your own custom POB parser, as detailed in Develop your own POB Parser, then a new framework configuration object must be added to the array of procurement frameworks in the application.frameworks namespace.

As of version 1.0.0, POB provides the following native publishers:

If you extend POB by creating your own custom POB publisher, as detailed in Develop your own POB Publisher, then a new publisher configuration object must be added to the array of publishers in the application.publishers namespace.

For local development and testing purposes, HSQLDB provides a lightweight in-memory relational database management system that can be configured to persist to the local filesystem if required. The drivers for HSQLDB are already included in the POB application.

If you have enabled the native POB Slack publisher (enabled by default), then you will need to create a Slack App for your Slack Workspace and configure an incoming webhook in order to enable parsed opportunities to be posted to your chosen Slack channel. To do this, and assuming that you have a Slack Workspace where you are provisioned rights to create and install apps, navigate to https://api.slack.com/apps and follow the process as described below:

To run POB locally, a Spring Boot application (that will run all enabled parsers and publishers, currently synchronously, managed by a configurable CRON schedule), is provided in the pob-app Maven module. Run ai.hyperlearning.pob.apps.PobApp found in this Maven module to run POB, served on a HTTP port number and managed by a CRON schedule both of which can be configured in pob.yaml - see Configuration above. By default, the POB Spring Boot application will run on port 8080 and parse relevant procurement frameworks for new opportunities every 20th minute.

The POB Spring Boot application can be deployed to the cloud as a webapp. However this is not recommended - a more efficient and significantly less expensive way to run POB in the cloud is to run it as a serverless Function app managed and triggered by a CRON schedule. This is described in further detail below.

To deploy and run POB using a cloud computing platform such as Microsoft Azure or AWS, a Spring Cloud Function is provided in the pob-function-app Maven module. As the name suggests, the Spring Cloud Function project enables you to develop serverless functions in Java and focus on their business logic agnostic of the target runtime environment (i.e. whether Azure Functions or AWS Lambda for example). In this instance, a POB Spring Cloud function is available that will run POB as a timer-based serverless function in the cloud, making it much less expensive to run POB compared to deploying POB as an always-on webapp.

To run POB via a Microsoft Azure Function app, an Azure Handler of the Spring Cloud function is natively provided. To deploy POB to an Azure Function, create an empty Azure Function app via the Azure portal and then set the relevant Azure subscription and resource properties required by pom-function-app/pom.xml, detailed below, as environment variables in your development environment or CI/CD pipeline configuration:

Then to deploy POB to an Azure Function, please install the Azure CLI and Azure Functions Core Tools 3.x, and execute the following command line statements:

Whether running POB locally or as a cloud-based serverless function, POB will run all enabled parsers (currently synchronously) managed by the configurable CRON schedule configured in pob.yaml and persist new opportunities to the POB SQL database. Once persisted, unpublished opportunities will be published using all enabled publishers. The screenshot below shows a new opportunity available via the DOS framework that has been published to a Slack channel by POB.

3.1. Develop your own POB Parser

POB can be easily extended to parse any procurement framework. To create your own custom POB parser in Java, just extend the ai.hyperlearning.pob.parsers.OpportunityParser abstract class found in the pob-parsers Maven module and implement the parse() method that must return Set<Opportunity>. Then add a new framework object to the application.frameworks namespace in pob.yaml and POB will automatically run your custom parser as part of its pipeline.

3.2. Develop your own POB Publisher

POB can be easily extended to publish to any target software service. To create your own custom POB publisher in Java, just extend the ai.hyperlearning.pob.publishers.OpportunityPublisher abstract class found in the pob-publishers Maven module and implement the publish(Opportunity opportunity) method that must return a boolean value indicating whether publication of the given opportunity object has been successful or not. Then add a new publisher object to the application.publishers namespace in pob.yaml and POB will automatically run your custom publisher as part of its pipeline. Note that any properties you define for your custom publisher in pob.yaml will be injected into and made available to your custom Java publisher as long as it extends the OpportunityPublisher abstract class.

To see an example POB publisher, please review ai.hyperlearning.pob.publishers.slack.SlackPublisher (Slack publisher) provided natively by POB and which may be found in the pob-publishers Maven module.

POB is distributed under the MIT license.

The following open source software frameworks and libraries are used by POB.